Braishfield Bees FC have taken the unprecedented decision to reduce subscriptions for a second season running in acknowledgement of the impact of covid on the community.

Subs for existing players will be reduced from £160 to £110 for 1st child, £80 for 2nd and £60 for 3rd child. New players will have their subs fixed at £160. The club have been able to subsidise the subs based upon years of financial planning and successful Tournaments building up a reserve for such eventualities.

Club Chairman, Ian Bates said “We as a community club are acutely aware of the impact of covid on our players, parents/guardians and the clubs own management and we feel this is the least we can do to soften the financial burden of extra curricular activities. However, we will not be reducing our “offer” to our players maintaining our strong links with Chelsea FC Foundation with whom we have a successful grassroots partnership – the 1st one entered in to between Chelsea FC Foundation and a grassroots Club – following on from the club receiving the prestigious Regional FA Charter Standard Development Club of the Year award in 2017. New Players will continue to receive a matchday and training kit as part of the standard subscription charge – no hidden additional charges. The Club have also agreed to continue their subsidising an annual end of season tour for each u12s age group to the tune of £3,000 providing the players with fantastic sporting and social memories. The Club is actively seeking to expand with the introduction of girls teams for the coming season to reflect the growing interest in participation in grassroots football from girls in Hampshire, as underlined by the huge amount of interest in the new u13s girls event at the Clubs’ sold out Tournament this coming 4th September”.

With only one team in each group (hopefully 2 with the girls) players do not feel disadvantaged by playing in a “2nd or 3rd team as they could do with other Clubs. The players receive fantastic coaching on a Wednesday night from qualified coaches from both within the Club and Chelsea FC Foundation

Anyone interested in joining a financially solid and well run Club with the Community at its’ heart should contact Braishfield Bees FC on 07871 266995 or visit our unique website at www.braishfieldbeesfc.co.uk

We would like to wish all our players, parents/guardians, opponents, management, sponsors and their families a very Merry Christmas and a Happy New Year. We want to take this opportunity to thank you for your support, commitment and help in what has been a strange and unprecedented year. Hopefully 2021 will see some sort of normality for everyone and we look forward to sharing it with you, many thanks from Braishfield Bees Youth FC Committee. https://www.instagram.com/p/CJLWWqvHyhm/?igshid=1th9goqinvkv8 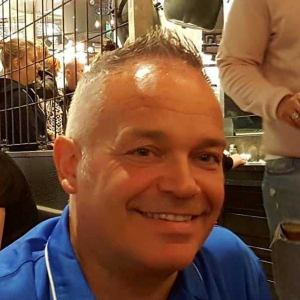 Firstly, I hope that you and your families are all keeping well and staying safe in these unprecedented times that we’re currently experiencing and, lockdown is not too stressful whether you’re a key worker or even at home working and home schooling.

Following our recent AGM, I was elected Chairman of Braishfield Bees FC and thought I’d send a bit of an update as to whom I am and furthermore the direction of the Club. I’ve been involved with the Bees as Coach for the past 9 years from Under 8’s all the way through to the current under 18s (not sure which age group was the easiest although they’re now taller than me). Both my son and stepsons have been involved throughout this period and along with Ady (Vice Chairman) and the squad we’ve enjoyed promotions, cup success, relegations and tours to Somerset and Sweden. There have been many ups and downs but in general the lads have stuck together through thick and thin, watched out for each other but more importantly supported each other.

It’s this support that’s been imbedded into all of the teams by the Manager’s, Coaches and other volunteer administrators (and those who went before them) who dedicate time and effort for their love of the grassroots game. Behind the scenes an enormous amount of administration goes on, whether financial in nature, arranging and buying kit, procurement of equipment, sponsorship, arrangement of tournaments, attendance at league meetings, marking out pitches, booking of pitches for games, website updates –  all making this Club a great place to be part of and all performed quietly and without the recognition these volunteers deserve.

At this point I would like to sincerely thank Gary Brown and Mike Osborne who have stood admirably as Chairman and Secretary respectively for the past two years and for their professionalism and sterling work in underpinning the success of the Club – both can now look forward to their retirement albeit from the Committee as they still have teams to manage and coach.

However, with the current uncertainty that we’re in as a country, we need each and everyone of you to continue being a huge part of the Club. If it wasn’t for your dedication in getting your child to a training session on a Wednesday night or game on a Saturday, the Club would not have continued with it’s success over the years and will continue to do so in the future, so from me to each and every person involved within the Club…..Thank You!!

As for the upcoming season, like all grassroots and league football around the UK (and most of the World) we are unsure as to when it’ll get underway however, we will be updated and guided by the FA, Hampshire FA and the Testway League and once we have clarification the Manager’s and Coaches will be in contact with you as to how we can safely re-commence training. As you’re aware, this time of year we would be asking for payment of subscriptions by the end of June for any first or subsequent child that will be playing however, following our recent AGM I thought I’d inform you of a slight change. Due to the previous season finishing abruptly we feel that a reduction of subscriptions by 12% for the coming season (2020/21) is appropriate and therefore full payment will be deferred until the end of July 2020. We believe this is a positive step from the Club and hope you do also.

As a Club we are financially sound (and have had not to be one of the 10,000+ community clubs seeking financial assistance from the Government due to years of prudent housekeeping) however, this reduction will mean that we may look to have one or two fundraisers throughout the season other than the 6 a side tournament in September (which currently has a 50/50 chance of happening on the 5th September 2020 with a few spaces left). Many Club’s in the area have fundraisers to keep their Club’s afloat and manage day to day however, we have been fortunate enough of having had the benefit of and excellent support and sponsorship of David Wilson Homes for many years and not required any extra events to support the Club. Sponsorship of any club for a short period of time is great but for 8 years is tremendous, thank you. I would also encourage anybody that could sponsor or know of anyone that could sponsor the Club in the future to email myself at batesi1966@googlemail.com

To conclude, I feel it is vital that we follow an ethos that ensures the welfare of our children being paramount, that the Club is open to all players regardless of gender, race, nationality, ethnic origin, colour, religion, sexual orientation or perceived ability as a footballer. That all players, managers, coaches and parents follow the club code of conduct and also the FA / League Respect Codes of Conduct philosophy thus allowing enjoyment of the game always.

Stay safe, keep well and here’s looking forward to a great season whenever it commences.

In line with our club values, we support the Project Pictogram initiative.